Gold miners, relative to the price of gold, have never been this cheap in history. So either the world is going to end, or FMT Advisory believes a lot of money is going to be made in the mining sector in the next few years.

Investors who bought a basket of undervalued mining companies during these historical points undoubtedly became extremely wealthy in the ensuing years. The cheaper the mining shares have become in the past, the more they have rocketed higher afterwards. Many gold miners are already priced as if gold were selling for $800 to $900 per ounce, giving them a huge margin of safety and the probability of the most explosive price gains of any asset in the world over the next few years. 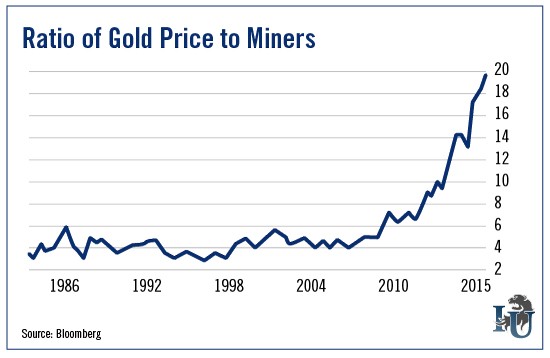 Gold production has been declining since 2000, while worldwide demand has outpaced supply. Meanwhile, good mine discoveries have been trending to zero since the 90s, while the pipelines at the major gold producers are empty. That spells opportunity in the price of gold itself over time, but this is especially true in select miners where their reserves are underpriced and underappreciated.

“A non-perishable commodity will not stay priced below the marginal production cost of the highest-cost unit of production which satisfies total demand.” 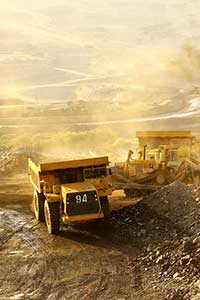 Gold production, unlike oil production, has declined because there have been no big gold deposit discoveries in a long time (no shale boom!). In conjunction with the lack of discoveries, with today’s low gold price, exploration has also been dead.

The largest gold company in the world, Goldcorp, put out a presentation called “Peak Gold,” where they share their thoughts on production beginning a permanent decline starting now – in 2015. The CEO of Goldcorp said a drop in mine supply from 2,270 tonnes in 2013 will support the gold price and lead to further consolidation in the industry as gold majors opt to buy ounces.

FMT Advisory has just recently analyzed 70 major mergers and acquisitions in the mining industry, dating all the way back to the year 2000. FMT Advisory has found that the average buy-in price for all 70 merger and aquisitions deals was an enterprise value per ounce of gold reserves in the ground of $180 at takeout. 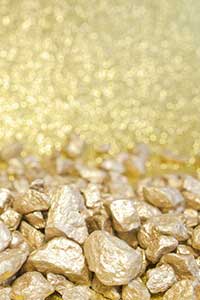 FMT Advisory is recommending a gold company valued at an enterprise value per ounce in the ground of $4. Seabridge Gold (SA) is our number-one stock idea in the gold mining sector! This should be a rocket ship as the story of this undervalued sector unfolds. Seabridge is one of the cheapest, highest-quality companies in the mining industry. The management understands that creating per-share intrinsic value growth over time is what will reward shareholders. And a management team that understands the key to success is creating per-share intrinsic value growth is very rare in the mining industry. On the contrary, Seabridge – under the stewardship of Rudi Fronk – gets it!

For this reason, Seabridge ranks number 1 in reserves per share, meaning they have had the lowest dilution per ounce of gold discovered of any company in the sector. It is no wonder that over 30% of the company is owned by insiders – with heavy-insider buying taking place consistently over the last year. This is a Superinvestor mining team that has alignment of interests with us as shareholders!

It takes nearly 20 years from discovery to production in the mining industry today. Seabridge has taken years to get where they are, and recently received all the environmental approval required! Seabridge has worked tirelessly under Rudi Fronk, since 1999, for this set-up, and we get to simply enjoy the ride now. Seabridge had a final federal stamp of approval that just transpired in December of 2014. In FMT Advisory’s opinion, everything is in place for shares to head higher by huge amounts, which will mint us an absolute fortune if all goes well.

Stack the Deck in Your Favor

As I was saying earlier, because of the lack of gold discoveries since 1990, the major gold mining companies’ pipelines are empty! The majors will look to buy ounces to say big, and they will need big projects to do so. Remember, when a mining company depletes their ounces in the ground and have empty pipelines, the only product that creates any kind of revenues for them will shrink and ultimately disappear unless they do something about it. Since Seabridge has the lowest cost per ounce of gold in the ground in the entire industry — and they have over 38 million of proven gold resources in the ground, in the most mining friendly district in the world – it is only a matter of time, in our opinion, before a major producer joint ventures with them so they can stay in the business of being a big producer. 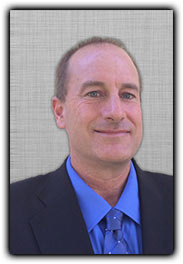 If you want to stack the deck in your favor, you have to buy low and then be patient. Great investors seek large value gaps (getting more than what you are paying for), and that is the case with select miners that, in many cases, are good values even if gold were to go to $800-$900 per ounce.

In a sector that is cheap like the miners, which comes with varying degrees of execution and geography risk, a basket approach is perhaps warranted to make certain as the medium to long-term valuations revert to the mean and then some—you can fully capture that gap. We are on our way. Are you? We’d be delighted to get you on your way, too!

AnalysisFMT AdvisorygoldinvestmentRecommendationStrategy
Related posts
The Next Revolution
December 6, 2019
Artificial Intelligence is in the Top of the First Inning
November 28, 2018
Welcome to the New World
October 5, 2018
Attach Yourself to Real Winners
July 24, 2018
A Diamond in the Rough
June 20, 2018
Huge Potential Ahead
May 17, 2018
Facebook0
Twitter0
Call Us