Artificial Intelligence is in the Top of the First Inning 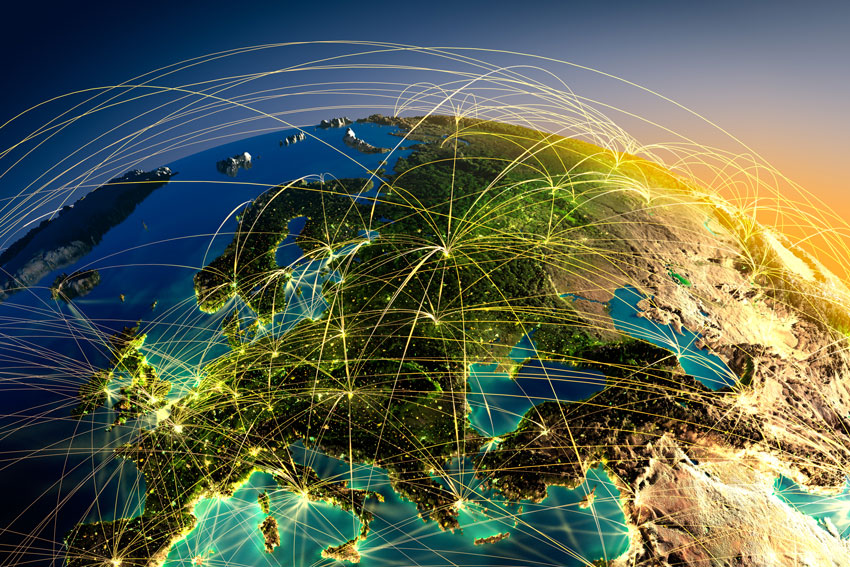 More data has been generated in the last two years than in recorded history. 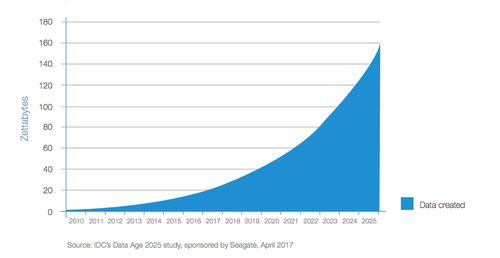 The data curve is truly exponential.   One of the major shifts that took place that started this exponential curve was the advent of 3G in 2007, which enabled the Internet smartphone.   The largest corporations in America (and internationally) have radically changed since 3G because that is where the profits are flowing: 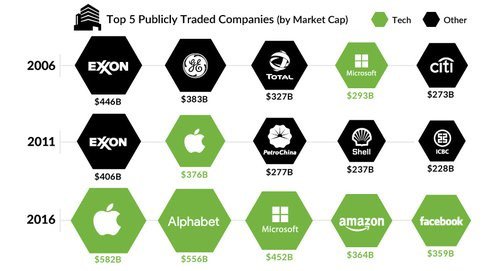 5G is going to create the next megatrends in technology and some huge winners just like 3G did.

One of the biggest winners with 5G will likely be in memory and storage.  Since the explosion of data, which really started in 2010 (if you look at the first chart above it shows this), Micron Technology is up 350%.

Gurtej Sandhu is a data and memory storage technology mastermind. Sandhu has been behind every major tectonic shift in technology since the worldwide adoption of computing took shape.

Fortunately for us, he is also the vice president of Micron Technology, which is a recent major portfolio holding of FMT Investment Advisory.  Sandhu recently had this to say about the data explosion:

“Data explosion is driving the explosion in the DRAM and NAND memory market. Wait until AI kicks in. We’re just at the beginning of an exponential curve of data explosion.”

His viewpoint is backed by the chart referenced above and PwC, who estimates artificial intelligence (AI) will add $15.7 trillion to the global economy over just the next 10 years. That is almost the entire size of the U.S. economy!

As we wrote in “The Future Technology Platform is Now,”  5G is going to be a monstrous catalyst for AI.

3G enabled the smartphone but 5G is going to be a real game changer for the sheer amount of data that gets created.

One of the huge advantages we have is that the market actually does a really crappy job of seeing the big changes ahead and properly valuing them to the right net present values. That is great news for those that understand this huge 5G event ahead.

FMT Advisory believes the next 300%-to-400% move in Micron is coming within the next three years. It’s extremely cheap because of short-termism, which looks out no further than a quarter or two. As Buffett once quipped, you don’t get great prices with a cheery consensus.

That is good news for us, as value is accruing underneath the naked eye while the company buys back massive amounts of stock.

We should reap large rewards because of all this!  Th future is really bright here, folks!

Until next time, enjoy this.

artificial intelligenceFMT Advisoryinvestment
Related posts
Gold, Silver, Bitcoin
July 30, 2020
It’s Time to Build Your Future
April 15, 2020
The Inflation Viruses to Watch Out For
March 29, 2020
Seeking the Ultimate
February 20, 2020
The Next Revolution
December 6, 2019
Welcome to the New World
October 5, 2018
Call Us