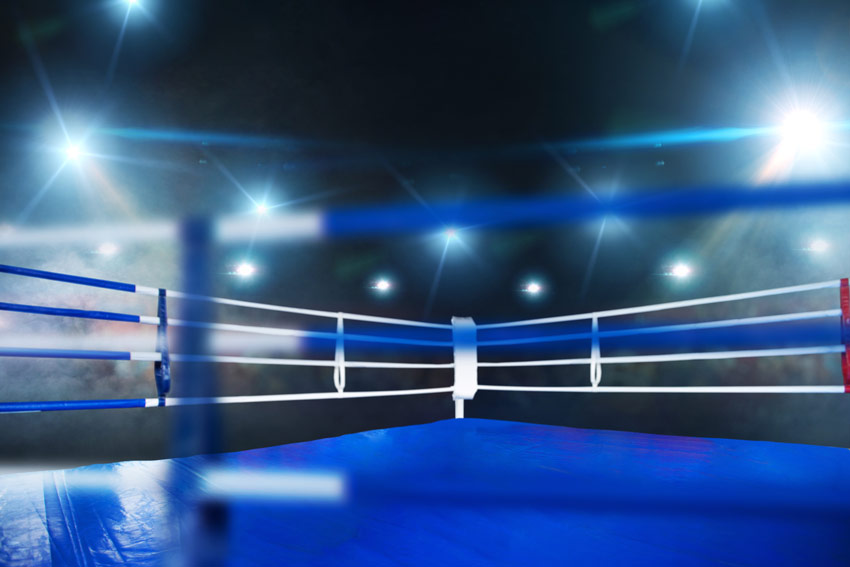 Winning at the highest level in any endeavor is not a usual thing. It is an unusual occurrence, and being a consistent winner over years is even more unusual.

Winners are outliers; they live on the extremes, they are intense, and they often raise eyebrows because they do things differently than most. They are also demanding, and nothing gets in their lane.

To reach a place of greatness, legendary winners must cross the line of sanity into a place of utter madness and vacillate between the two while staying within the confines of the extreme.

Madness is not a place most people are willing to go to. It’s much easier to play it safe and go with the status quo, but the status-quo is average—and average can cost you big-time.

In sports – especially extreme sports like mixed martial arts in the UFC where harm is a real possibility – average can kill you. In this light, it’s not hard to understand why the top UFC fighters need to constantly live on the extreme side of madness.

They must peak at the ultimate or they will die (their UFC careers will end faster than they started).

Training for the Octagon in the UFC means a 24/7 commitment to achieving ultimate human performance. Being satisfied with anything less will end in total failure.

6 hours of technical training between a variety of dedicated disciplines and coaches (striking, kickboxing, Jiu-Jitsu, Muay Thai, wrestling, etc.), 4 hours or more of strength and conditioning, extremely healthy eating habits, and then hitting the streets for another couple of hours of running at midnight for extra credit are all just a day in the life of a serious UFC contender.

It all starts with desire and it must be off the charts — or else.

When death is a real possibility, you simply cannot afford to have optimal (average) performance in the UFC. Achieving ultimate human performance is the only thing that will suffice at that level.

No matter what your job is or what you’re trying to achieve, you should go after it with a UFC-like mentality – act as if your life is on the line. Get insane about it. It’s guaranteed that you’ll be more successful at whatever you do.

Making the ranks as an ultimate money manager is one of the hardest disciplines and things to achieve of all time. It is definitely the most unusual. Consistent long-term winners in the profession are rare and completely at odds with the norm.

But unlike fighters in the UFC, it is impossible to see how hard these ultimate money managers work at their game and the place of utter madness they must enter.

Take Buffett, for example. He’s odd as hell. Completely unusual and unorthodox. He has also vacillated between greatness and madness to stay at the top for decades.

Buffett’s best years of performance were during the time he worked out of his house and wore sneakers and t-shirts in the Buffett Partnership years.

No one could see how hard he was working – especially his investment partners.

Sometimes extremely hard work for a money manager might show up as zero activity in accounts for a day, month, or even an entire year because an ultimate and rare mental discipline has been achieved (Buffett once went 4 years without selling or buying a single company).

It takes a certain mental fortitude and a very shrewd discipline for that kind of inactivity… and that is especially true during down markets when it seems completely idiotic to do nothing.

It’s just as hard, or even harder, in up markets (Buffett is critiqued endlessly for holding cash, yet he’s one of the all-time greats). And then there are the performance lulls where hard work is particularly hard to “see.”

In other words, all of Buffett’s long-term success has looked like nothing  to the naked eye except for what most people would consider a boring annual letter and some occasional public appearances… it’s completely unlike seeing a champion vehemently sweating it out on a speed bag for 2.5 hours with a championship belt hanging around their waist.

Just as unusual, Buffett tinkers around on the Internet for 40 hours per week – playing bridge while he drinks Cherry Coke – which seems totally counterintuitive to hard work, but the guy is working and he works as hard as anyone, believe us.

Bridge keeps him mentally sharp, provides a mental deviation to help let market data work its way through, and keeps him from impulsiveness.

Playing bridge is part of his routine that makes him great: spending 40 hours per week doing something that seems totally unrelated to investing seems beyond odd and unusual for a legendary investor, yet he’s one of the greatest of all time.

These strange characteristics are hardly uncommon with great money managers at this level… one of our favorite Superinvestors gets his best ideas 73 miles into an ultra-run and eschews offices almost completely.

Another legendary winner sits around in his office, listens to heavy metal music all day as he crunches numbers, and refuses to talk to clients.

A photo of the top 10 money managers would be a monument to pure human weirdness.

What often appears to be an insane slothfulness and abandonment of one’s duties is actually an overachieving and maddening work ethic that has led to greatness in the art of investing.

FMT Advisory has a dedicated strategy on these types of legendary investors that run publicly-traded companies, which we call our Superinvestor Wealth Compounder strategy. It’s a proprietary strategy that you can only find at FMT —and it’s far from average.

While a TKO or death blow is failure in the UFC, failure in your personal finances can be going with the norm and being satisfied with average: average people, average companies, average portfolio allocation (“optimal” is what they call it in today’s modern finance jargon), and undisciplined approaches that can result in running out of money someday, which is the real TKO.

FMT Investment Advisory’s founder and fiduciary money manager, Nicholas Green, is a freestyle mixed martial artist himself and is well seasoned in battle. Nicholas will navigate and battle through the unusual world of finance with you– on our way to legendary status together.

It’s time to elevate your game and join the winning team at FMT. Reach out to us today.