The Inflation Viruses to Watch Out For 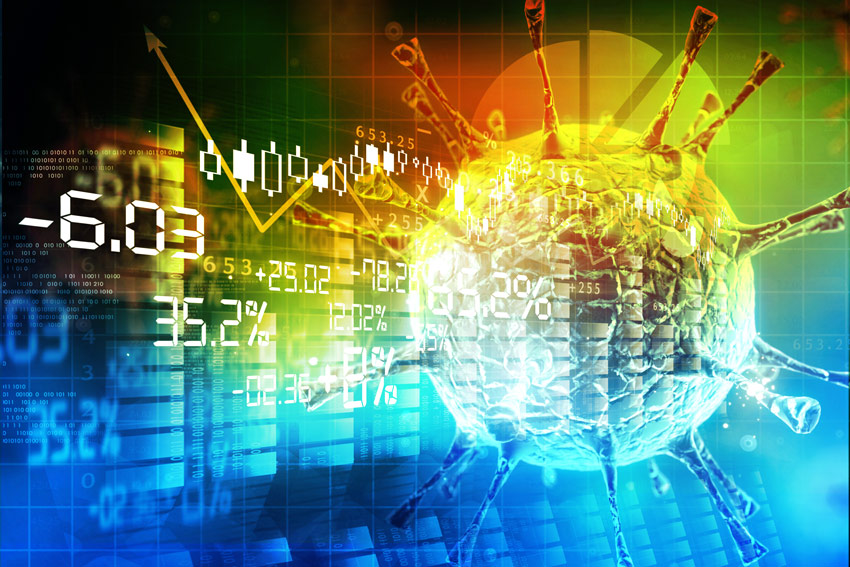 The real chaos might start in around 2022 or so. Sure, there’s no question that 2020 has been as tumultuous as one can imagine for the world thus far and we are not out of the woods yet, but the real boogeyman for investors and humanity could be a bit further down the road.

Today’s pandemic may have accelerated what FMT Advisory believes could be an inflationary problem down the road.

However, high inflation will not be an uncontainable problem for investors that position a decent percentage of their portfolios in the right assets in time to benefit from the carnage that may come.

Let’s back up for a moment and explain things a bit.

We live and work in our base currency (the U.S. dollar, in our case) to buy the goods and services we need or want. Over time, our currency loses its purchasing power as the invisible hand of inflation destroys its value.

Those with “excess” currency are wise to invest in fairly valued “assets” for the long-term to protect and grow it from the insidious effects of long-term inflation.

Sometimes there is deflation. Sometimes the deflation feels like it is nearly world-ending, like in 2008-2009 or what we are temporarily experiencing right now.

In the Great Depression, deflation was the mainstay. The government didn’t bail out anything, the Fed didn’t print money, and the economy fell apart in a deflationary spiral that ended in dust.

During the Great Depression, the purchasing power of cold, hard cash increased by 700%. Cash was scarce as the cost of goods and services fell through the floor.

Unlike the 1930s, our government cannot afford another Great Depression. Therefore, the U.S. Government is all-in with the largest stimulus scheme (dollar printing) in history.

Our government is doing this enormous dollar-printing stimulus because if we had a 1930s type of deflation, our government would be out of business this time around, too… and the toll for humanity would be enormous.

If we didn’t print trillions while the entire economy is nearly shut down, the piles of government debt would implode as tax revenues permanently evaporated, while U.S. debt would go with no bid. Perhaps more importantly, all of the accumulated unfunded promises and obligations the United States has made to its people would also disappear.

If the virus has ruptured the central nervous system in our county to this point in a single month, imagine if we had a lasting deflationary depression.

A lasting deflationary depression would put nearly everyone in an absolute coma and chaos would be truly insurmountable. 10s of millions of Americans would die in this scenario, just as millions died during the Great Depression and the Virus death-toll would pale in comparison (just like it will to heart-attacks this year, and next year, and the year after).

The government will print and print in an attempt to avoid such dire economic and human outcomes (and probably save the index and passive investment sheep for now).

Everyone just can’t wait for the circuses to come back to town. Heck, I can’t wait for UFC 249 that is still on for April 18th (go Dana White!), even though it will be fought to an empty arena.

In any case, with the record $2.2 trillion stimulus package that has been signed into law (of course it was going to pass), the government is forming a bridge so most of the industries can re-open their doors with a full staff.  It is the only solution to keep the system afloat and bring back tax revenues.

In other words, the government needs inflation and a growing economy more than anyone and they are freaking out with the rest of the country. With $2.2 trillion in stimulus on its way, our government is going to run a deficit of around $3.5+ trillion in 2020 (they were already running a $1+ trillion deficit in a good economy).

For those that are keeping score, the government doesn’t have $2.2 trillion just laying around. They have zero surplus. A large amount of this stimulus is going to be newly-printed dollars that will be monetized by our Federal Reserve.

So, with a huge part of the industries shut down across the country and tax revenues for the government surely plummeting while their debt is exploding, the government is doing what they need to do – by backstopping as much as they can – so we can get back to business as much as usual when we get to the other side of the virus curve.

Therefore, a deflationary depression is not likely (because of all the dollar printing and the “do whatever it takes” mentality for self-survival).

This is where it’s important to understand the two types of inflation: demand-pull and cost-push.

Demand-pull inflation occurs when there is so much demand for a good or service that the price of said good or service gets pulled up (costs increase). Think of toilet paper: there is more demand chasing toilet paper right now than there is toilet paper. On Amazon, some shark was trying to sell a 12 pack of T.P. for $482 and someone bought it.

The government has quashed price gouging and most retailers are limiting sales to only one toilet paper pack per customer now. Nevertheless, it’s an example of how demand-pull can pull prices up (Starbucks is an example of regular demand-pull).

On the other hand, in a cost-push inflationary scenario, demand for a product doesn’t change but either the availability of the product does (less supply drives prices up like with the oil shock of the 1970s) or what is not often discussed in regards to cost-push inflation… more dollars (not demand) simply chase the same amount of goods and services, driving prices higher.

The latter – ever more dollars chasing goods and services – is typically what transpires invisibly over a long period of time (the currency supply must always grow).

As the rush to build up cash in this chaotic and panic-driven pandemic fades, it is FMT Advisory’s belief that the markets will continue to come to the realization that there are going to be a lot of new dollars in the system and a lot of businesses have been backstopped by the U.S. Government (so we are spending our cash to buy investments).

If we contain the virus in relatively short order (innovative testing solutions will be flooding the healthcare profession soon), there will be more dollars chasing the same amount of goods and services that were previously available for sale.

Over the last few years, yield-oriented investments were in a bubble as much as index and passive funds, and the market is now raining down juicy Income Money Spinners (sustainable and growing dividends between 6-11% where the stocks may also increase in value by double or more in time).  It’s finally a good time to act on this, and we’re now big buyers of income-producing securities where the Ferraris are selling at Buick prices (for now anyway).

If you’re invested in indexes and passive funds elsewhere, especially if you are 50 or older – call us now, you’ll sure be glad you did.

Life could feel better by this time next year than it did even a month ago for America. Asset prices might be back to all-time highs, the velocity of money might be moving quicker, and all could feel great.

This is the point where it might be time to hedge against a nasty inflationary wave (we must gauge inflation rates and threshold levels). Make no mistake: high inflation rates down the road could be the mother of all problems for people and many industries even though it is very hard to see today.

On the other hand, if the stimulus doesn’t work because we can’t get a handle on the virus and we have to dump trillions more into the economy with printed currency (we would and will), we would likely see an inflationary depression (very bad cost-push inflation caused by endless dollars being dumped into a crumbling economy in a very short time frame).

The latter is not our bet – at least not yet.

FMT Advisory believes America has the best innovators and businesses in the entire world and that we’ll get a handle on this insidious virus.

Betting against America has rarely been a good idea (note to all those that do not understand why international value keeps underperforming—it’s our innovation and innovators!).

However, things are moving fast and it’s all a bit fluid, to say the least, so stay tuned in to FMT Advisory.

In the meantime, send us some money to invest if you are looking for a high and growing stream of income. After a few years of waiting for that bubble to pop, Income Money Spinners are finally showing up in spades and now is the time to at least start dollar-cost averaging into them.