Is Energy About to Go Full-Send? 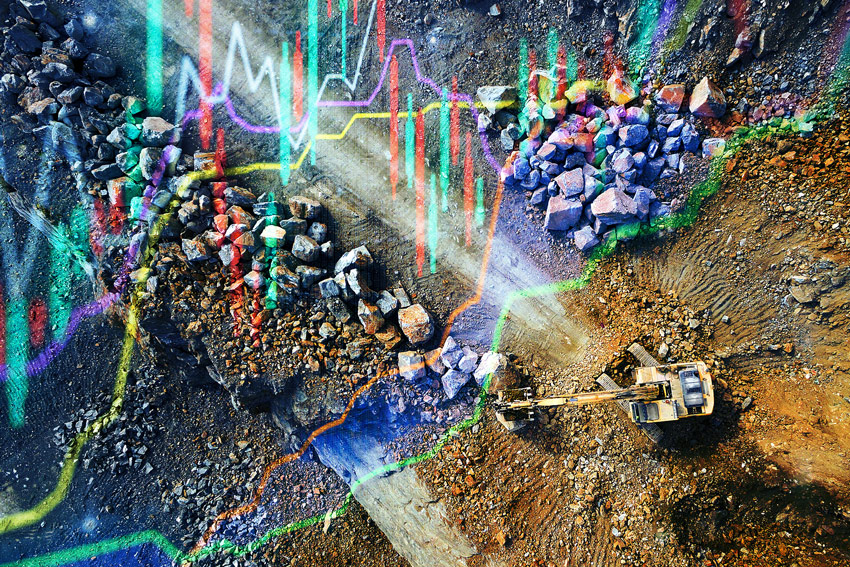 Our economy is modeled on a debt-based system that must always grow. Without growth, we cannot service previous deficits, which is a problem for our overly indebted government.

For the time being, our central planners are trying to tame inflation by curtailing growth (demand).

When the central planners want overall economic growth to come back – and with our government debt-to-GDP at a record, they will – it will be hard to come by since there is insufficient oil and energy production (uncovered inventories) to meet growing global demands.

Without growth in oil and energy, robust economic growth will be harder to achieve. As this becomes obvious with energy spot pricing, large capital flows will pour into these unloved and vastly undervalued sectors.

The future gains are likely to be substantial.

With elections around the corner and the government potentially trying to lower Russian energy revenues, it appears something is currently afoot in the energy markets. It will likely exasperate the shortage of energy production going forward.

We are not only still releasing 1 million barrels per day from our Strategic Petroleum Reserves (SPR) to keep a lid on already low oil prices, but they are releasing an additional 20 million barrels this month (September) to try to lower energy prices even more in the short term.

We are running out of our Strategic Petroleum Reserves that were meant to be used in case of true emergencies.

Curiously, the last round of inflation data that will come out before the elections is in mid-October. It certainly appears “someone” is trying to artificially paint the tape by getting energy down as much as possible to win some votes or hurt Russia at the expense of more energy production in the future.

Regardless of whether dumping our reserves on the market is being done because of an election emergency or Russia (versus a true energy emergency now that WTI is below where it was prior to the Russian invasion), we’re undoubtedly abusing our SPR with crude inventories at near 40-year lows. We’re also curtailing future oil production as prices get suppressed because CAPEX in the sector continues to get held back.

These short-term suppressive oil policies will therefore likely result in far higher WTI oil spot prices down the road. It’s long-term bullish for oil producers but bearish for other assets.

The tightness in energy markets is not being reflected due to the SPR releases. In time, it will.

On the other hand, natural gas prices remain elevated even though 20% of our export capacity remains offline due to a fire at a Freeport LNG facility earlier in the summer.

Natural gas and North American natural gas producers appear to be in a sweet spot, especially once Freeport and its 20% export capacity come back online. In the meantime, ultra-cheap producers like Chesapeake continue to accrue value with share buybacks and large dividend distributions.

As these noisy oil and natural gas dynamics play out, uranium will likely take the spotlight this fall/winter, and our holdings have a strong probability of substantial returns over the coming months or longer.

Uranium has been outperforming the broad markets, an indication that strong capital flows are starting to find their way to the sector.
Uranium is seasonally strong in the fall as the contracting cycle gets underway with utility companies. This upcoming contracting cycle is going to be a doozy. The CEO of the largest North American uranium producer, Cameco, said he hasn’t seen the uranium sector have a set-up like this in 40 years.

FMT would be happy with half the bull market uranium last achieved, which had 100%+ and even 1,000%+ returns in various producers, developers, and explorers.

With the Department of Energy (DoE) and the administration extremely supportive of shoring up domestic uranium supplies and making our entire uranium supply chain less dependent on Russia, uranium producers stand to benefit from a cavalcade of events, such as:

FMT has been following the Department of Energy (DoE) closely with their “Comprehensive Strategy to Secure America’s Supply Chain,” and we couldn’t be more pleased that most of their recommended actions have secured bipartisan support.

This is great for America and gives FMT great hope for another energy renaissance in our country.

As inventors, this portends great things to come for our uranium and other energy producers, which FMT remains highly long-term bullish on given their prospects and huge undervaluation.

FMT prefers traditional value stocks right now because capital flows are finding their way there, and it’s the primary world investment trend, but this will ultimately set the stage for the next great growth rally after energy goes full-send.