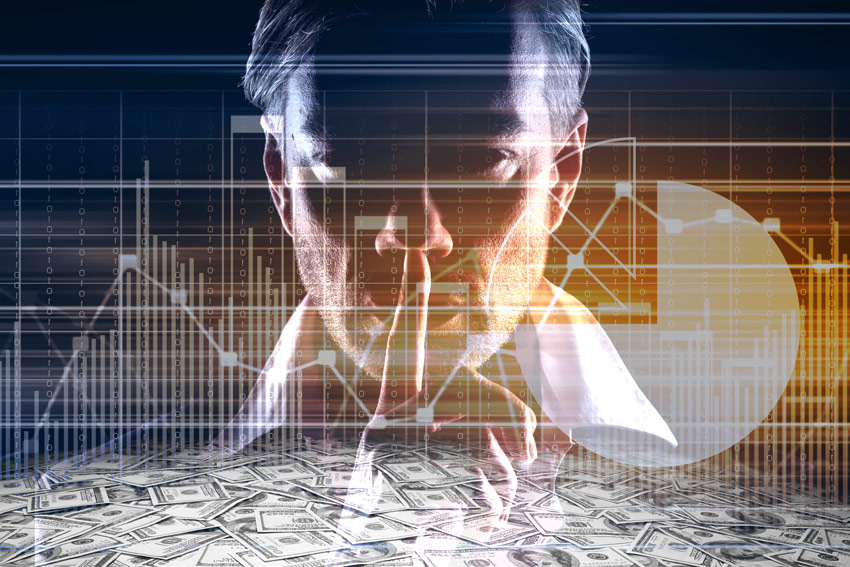 Our last note explained that when governments have nosebleed debt-to-GDP levels, there is only one way out for them: much higher levels of inflation to get their balance sheets to more manageable levels.

Sure enough, central banks are already starting to coordinate with each other again, but more importantly, they are also starting to blink.

I’ve stated ad nauseam that the Federal Reserve must be careful, or they’ll bankrupt the U.S. government… and they will ultimately have to err on the side of inflation.

For example, the United States’ debt load was less than $8 trillion in 2007 just before the housing crash of 2008/2009. Today, the U.S. government has debt that is north of $31 trillion and rapidly increasing.

The government simply doesn’t survive a period of deflation. They’ll have to lean the other way with a multitude of policies.

With central banks beginning to panic about government debt issuance and liquidity, the Treasury Department has been working on a plan to shore up the U.S. Treasury market that was starting to wreak havoc on U.S. finances.

To assure and spare investors and the government from out-of-control rising yields (government bonds crashing in price), the Treasury Department is working on a plan to buy Treasury bills from investors, hoping to alleviate concerns over disorderly and spiraling government debt markets.

This should help create liquidity in the government bond markets. If that fails, the Federal Reserve will more than likely be back to expanding its balance sheet and assets that can’t be printed will go parabolic.

As a result of these recent events, bond yields have backed way down from their highs, and remain well below the real rate of inflation. This has been our mid -to – long-term base case: cash savers/deposits and U.S. government bond-holders are ultimately going to pay the heavy price over the next 5-10 years for government indebtedness.

On the other hand, these lower yields and lower discount rates (NPV calculations) for assets have started to benefit certain assets, even though it’s in the early innings of doing so.

I expect to see this trend continue to play out over the next few years (interest rates suppressed below inflation rates), which will likely ignite one of the largest rallies in the commodity sector in U.S. history—which includes Bitcoin.

Our future has never looked so exciting.

FMT has been unwavering that we will either have a massive natural resource bull market or it’s lights out for governments around the world. With the current energy deficits, it’s impossible to have the kind of economic growth that is necessary to fund our government deficits and our global system.

An oil and natural gas boom is likely still well in front of us. There is just not enough supply coming on to meet market demands going forward. Furthermore, the Federal Reserve’s fight against inflation is nearly impossible because of tight oil markets (and government deficits).

They and OPEC decided to cut supply to world export markets by 2 million barrels per day to support oil prices that were not reflecting tight worldwide markets. If the Federal Reserve tries to keep killing demand by attempting to crush the economy, the Saudis and OPEC will just keep cutting off the supply.

This isn’t a winning long-term strategy for humanity, but it’s hugely bullish for oil and natural gas producers.

Range Resources is one of FMT’s holdings that is a world-class operation. My research reveals an investment in which we are either going to win a lot (possibly a few hundred percent), or we will lose very little over time.

Range hedges production on the NYMEX just to cover their fixed expenses (PPE/SGA).

This accounts for roughly 25% of their revenues. With 75% of their revenues free-floating with natural gas and oil prices, this leaves a massive upside should prices remain higher, while their downside is mostly protected. This is particularly true because like most E-&-P companies, Range has been paying down their debt, and it sits just above 1x EBITAX today.

These are the characteristics I salivate over when it comes to investments: a deep value in a major world investment trend. There are a lot of these types of set-ups in the natural resource space today.

On the operations side, the United States plans to connect more LNG capacity to worldwide markets to help our allies in Europe, and the Freeport LNG facility that accounts for our current 20% takeaway capacity for LNG will soon be online by the end of November. FMT loves how well these positions have held steady between the heating and cooling seasons in the natural gas (and oil) sector in a seasonally weak period.

The future for our future money trends (FMT) has never looked better.