Stay Away from Twaddle 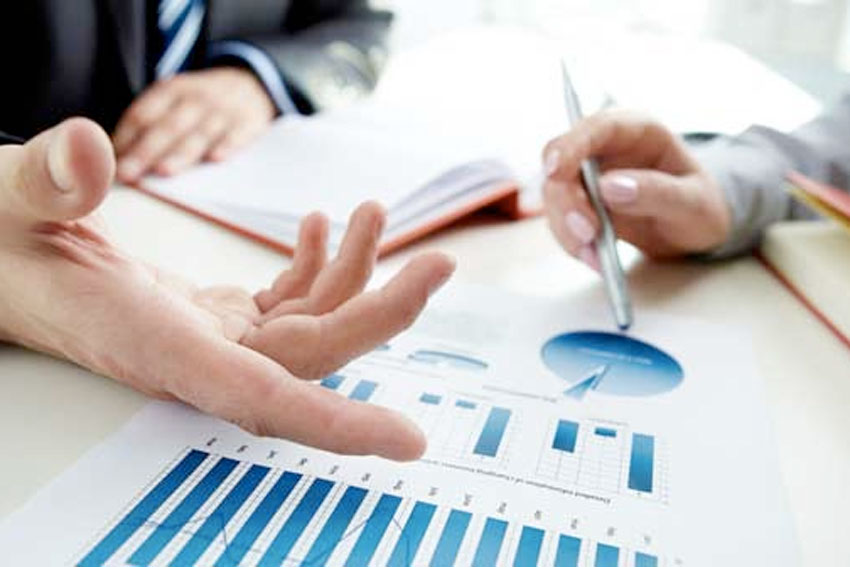 “If you’re not willing to put 50% of your net worth into a stock,
don’t even think about it.”

FMT Advisory is one of the very few fiduciary firms on the entire planet that gets to know our companies and the people that run them ridiculously well. And better yet, we don’t invest based on pie charts; we invest based on opportunity, people, and price.

Most people have portfolios that are so bloated that they would make Marlon Brando appear skinny in his later years. And either the vast majority of market participants don’t invest with the mindset that their shares are real ownership positions in real businesses, or they own thousands of businesses through passive fund investing.

These convoluted and poorly-researched portfolios are why your average investor gets far less than your average market returns, coupled with panic buying and selling with no real rhyme or reason to it, momentum chasing that turns into chaos, and macro views that turn out invariably wrong for investment positioning. It’s no wonder why there is so much misery out there…

Not at FMT Advisory.

We take a different approach: one far more similar to Buffett’s. We focus on great management teams, great assets, and we look to buy them at great prices.

Be Selective with Your Hard-Earned Capital

Buffett thinks most investors would do well if they invested using a 20-punch card rule, which would allow an investor to only make 20 investments in their entire lifetime. By thinking of investing with a lifetime 20-punch card limitation, most people’s portfolios would radically change immediately—and they should!

Unfortunately, individuals have been completely brainwashed by the big con that for some reason everyone needs diworsification—except, of course, Buffett, most insiders, and the most successful money makers out there.

The Very Best All Concentrate on Their Best Ideas

At FMT Advisory, we simply don’t believe in a set allocation, basket approach, 1980-style portfolio model. That’s all nonsense, and we concur with Buffet. His blunt sidekick, incidentally, Charlie Munger, calls this approach “twaddle.” Yet almost everyone does it!

If you want different results, you need to invest like the real money makers, not in Mc Donald’s like model portfolios! The most efficient and optimal approach to allocation of capital is to first stay economically unemotional at all times (the market doesn’t care what you think, but the numbers and the research will see you through in flying colors).

An investor also has to put in the lengthy work needed to vet out real opportunities and have the right network of people to partner with… which isn’t something most people have the time for, want to do (read 10ks, learning the language of accounting, etc.), nor have the network to those running publicly-traded businesses to glean real insight from.

For all these reasons, FMT Advisory is not just different, but we will be here longer than 100% of the Johnny Come Lately’s that are just looking for a quick buck.

Narrow the Endless Choices Down to Only Shareholder-Friendly Businesses

Back to the quote that started this:

“If you can’t put 50% of your net worth into a business,
don’t even think about it.”

Buffett has never owned a miner in his portfolio in his entire career. Buffett is one of the longest-term investors known to mankind. Thus, he’s stayed away from companies where the economics are nearly guaranteed to be subpar – at best – over the long-term.

When Buffett took over Berkshire Hathaway in the ‘70’s, large gold miners like Newmont Mining could have bought Berkshire Hathaway out quite easily with their equity capital. Today, with just the cash laying around on Berkshire’s balance sheet, using no debt or equity, Berkshire could buy the three largest miners in the world and still have billions lying around. That’s how much Buffett has outperformed the entire mining space since he began the Berkshire Hathaway we know today.

Even better for Buffett, with just the current cash on Berkshire’s balance sheet, Buffett could also buy nearly every single junior minor in the world today and still have billions left over. And that’s not even counting the nearly $2 billion Buffett’s got coming into Omaha every single month, or the right use of debt or equity that he could use if he decided to buy up the entire space.

In other words, Buffett could practically own the resource space—all of it. The point? The miners are horrendous businesses that are generally wealth destroyers over long periods of time, but they have their place and time with their cyclical peaks and troughs, and booms and busts, for the prudent investor. And many have gotten rich in this sector alone (though micro-rich compared to Buffett).

Don’t get the point of this note wrong. We are invested in some miners today (and have a better batting average than anyone in the resource space because of our sheer caution!).

And there are still some very cheap deals out there.

But the critically-important point we want to make is this: use Buffett’s 50% rule in the mining space when it comes to management and stock selection. Think Rudi Fronk, of Seabridge Gold, who has 90% of his own net worth in the company, or a Keith Neumeyer, who has the vast majority of his entire net worth in the two resource stocks he runs. These are the kind of guys with proven track records that you should partner with in the space if you’re going in.

Anything less than cheap assets in the mining space with less than the very best management teams who have real skin in the game and a great share structure and you’re playing with fire, especially if you are buying during the boom times.

Folks have been worried about the Fed and the government printing paper, but no one has been more prolific than the miners for printing paper with ever diluted claims on gold, while debt on gold miners’ balance sheets has gone parabolic over the last ten years!

Be Very Selective Folks – We Are

One of our favorite medium-term gold miners for serious investors continues to be Seabridge Gold. Seabridge has the right people, the most viable project in the universe, and has the best share structure of ANY company in the mining space, in one of the best jurisdictions, with a strong balance sheet, and massive insider ownership. This makes it a long-term no-brainer if you believe the price of gold will head higher over time.

And because the company is well-financed, no one in the alternative newsletter space is pounding the table for Seabridge Gold, which makes them as cheap as any exploration play or miner that I can find in the sector, with truly the best share structure among all of them (they have the most stellar increasing claims on gold per-share for shareholders that I’ve seen!).

Seabridge isn’t a company I look at to outperform in days or weeks (though we’ve done quite well in it already), I look for it to provide total portfolio returns that will ultimately put most smaller speculative plays in the dust over time when you add up the gains and losses among them.

So far, Seabridge has delivered a 2,300% return to shareholders since inception—and they’ve got a long way to go as one of the most undervalued juniors on the entire planet! FMT Advisory continues to dig for these gems and is ultra-selective in the sector because nothing less the hard-core due diligence in the sector will suffice.

Speaking about Buffett, there are many new members at FMT Advisory that haven’t yet heard the story behind one of our top positions: we’ve been investing in a 51-year-old that has put Buffett to shame in the 15 years that he’s been running publicly traded companies.

This 51 year old all-star and his team have a new venture and is off to stellar start, and you’d be insane to pass this one up. I’ve given members a lay-up with him, and unfortunately, way too many people have skipped over the idea of investing with a 51-year-old with a better track record than Buffett in a venture with a monstrous runway for growth ahead of it!

To learn more feel free to contact us here.