The Death of Traditional Portfolios 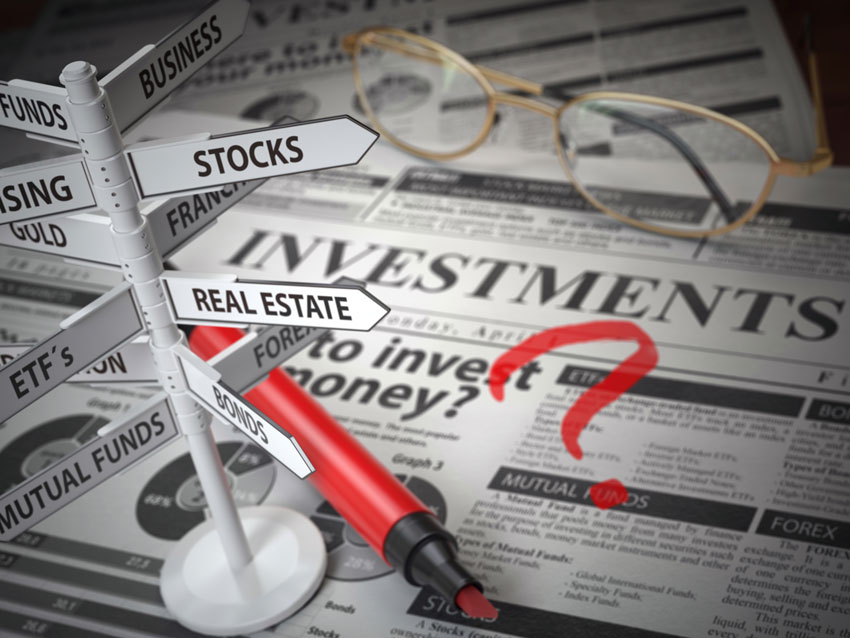 FMT Investment Advisory is dedicated to connecting the dots in a universe of rapid change and bringing you the big picture so you can de-stress and enjoy your life.

As a regulated and compliant fiduciary, FMT is an unrelenting truth seeker in a world immersed in nonsensical thinking that offers no long-term value for serious money.

Because FMT is non-conforming and unconventional, there is simply no rock that is left unturned, and we will go to the end of the Earth to get it right.

By sticking to the economic facts and ignoring misdirection and misinformation, FMT can position safely and opportunistically over the long term while ignoring the enormous amount of daily noise in this information (and disinformation) age.

Being unconventional, it is ultra-easy to see how traditional portfolio models have unquestionably missed the mark in the new economy. Wall Street suits and the traditional allocators of yesterday are woefully behind the curve in an era of enormous s-curve adoption.

Not only is the old financial guard far behind the multitude of s-curves underway, but so are regulators. U.S. regulators have been slow to respond to digital change. They are continuously lagging behind U.S. technological advancements, hurting incumbent industries, and creating enormous uncertainty for those at the forefront.

These “S”-curve adoptions will have vast repercussions far beyond unimaginative and past pretenses, as well as beyond mere investment selection.

The good news is that while others lag, FMT is at the forefront of revolutionary change with many more tools at our disposal than almost any other managed money conduit.

FMT is not boxed into the limited objectives of exchange traded funds (ETFs) or mutual funds for example, nor should most people. An ETF mandate or its stated objective will ultimately and always eventually hamstring the most optimal capital allocation strategy over time. FMT tends to eschew ETFs and funds for just this reason.

Because FMT manages portfolios without constraint and we invest directly into individual assets most of the time, we are enabled with a go-anywhere modish operando. This is the most effective and efficient route to go over the long term.

Of course, this means FMT is putting in the work and earning our 1% fee, unlike most “advisors” who do almost nothing for their fee. FMT is also low-cost compared to all hedge funds and the vast majority of all other managed money.

Though FMT has the flexibility to invest anywhere, in anything, and in any way, FMT manages portfolios with the objective of long-term safety in mind.

Investors can also carry on with their lives peacefully without nary a worry about who has their best interest in mind. FMT always has your back. FMT is incentivized, structured, and licensed to care about one thing: our mutual long-term success.

Indeed, we’re in it for the long haul while too many aren’t. While unconventional and non-conforming, the finish line is our number one priority. A string of great returns multiplied by zero always equals zero.

FMT never forgets that rudimentary math. While FMT is long-term conservative, we are anything but short-term conventional.

The Death of Traditional Portfolios

FMT was founded on the belief that the typical 1980s-model portfolio will be less than sub-optimal in the future, and that thesis is shaping up in a big way.

Goods and services priced in money are information. When the information signal is grossly distorted because the denominator (the U.S. dollar) is being severely manipulated, like it is today, it has a variety of causes and effects.

It is wise to pay some attention to the manipulators (the central bank and government) while their suppressed rates (vols) and “wealth effect” models are clearly trending in a particular direction.

The proverbial 60% stock and 40% bond portfolio, or some close iteration of such, is certainly starting to look ridiculous in an era where price discovery has been manipulated for a couple of decades now.

As Nasim Talib wrote, “all models are stupid, some are useful, and all end in disaster.” In other words, there is no substitute for “thinking,” which is something most financial planners or robo-advisors do little to none of when it comes to actual “money management.”

Since FMT is focused on money management for the new economy, we are finding ourselves in a fortuitous pole position as the world changes rapidly.

The following is a demystified summary of how FMT sees current portfolio construction in today’s environment where general allocation is as important as specifics:

Pertaining to bonds, if the Federal Reserve were to raise interest rates, the Fed would bankrupt both the U.S. government and the U.S. economy as debt servicing costs soared.

At best, long-term bonds will continue to offer negative real interest rates because our central bank will more than likely resort to yield curve control (YCC) – which is just another way to suppress interest rates and maul price discovery – long before they’d even consider raising rates.

In almost any scenario, intermediate and long-term bonds will continue to be a bad bet (as they have been) as the Fed lets “higher inflation” for the sake of over-indebtedness run hot.

While FMT has had a negative view of bonds, we’ve had an extremely bullish position in Bitcoin, and that is the power of independent and unconventional thinking. We are way out in front of traditional finance on this one.

The beauty behind the design of the Bitcoin network and its network effects is a built-in moat that Satoshi Nakamoto coded into its network1.

Just like we take the Internet for granted, Bitcoin’s moat, its network effects, and its dominance will likely make its monetary network an intuitive given over time as well.

Should Bitcoin adoption keep up its relentless pace, it will continue to be damn near impossible for any other major asset to outperform it (read “Dominance 30x” under Trending Reports for more detail).

Performance, the soundness of its network, and trillions in paper dilution are just some of the reasons Bitcoin’s network effects are spinning and being adopted. However, keeping up with one’s competitors is a huge reason for Bitcoin’s adoption as well, and it is often overlooked.
Every company in the following picture is plugging into Bitcoin for competitive reasons for one reason or another: 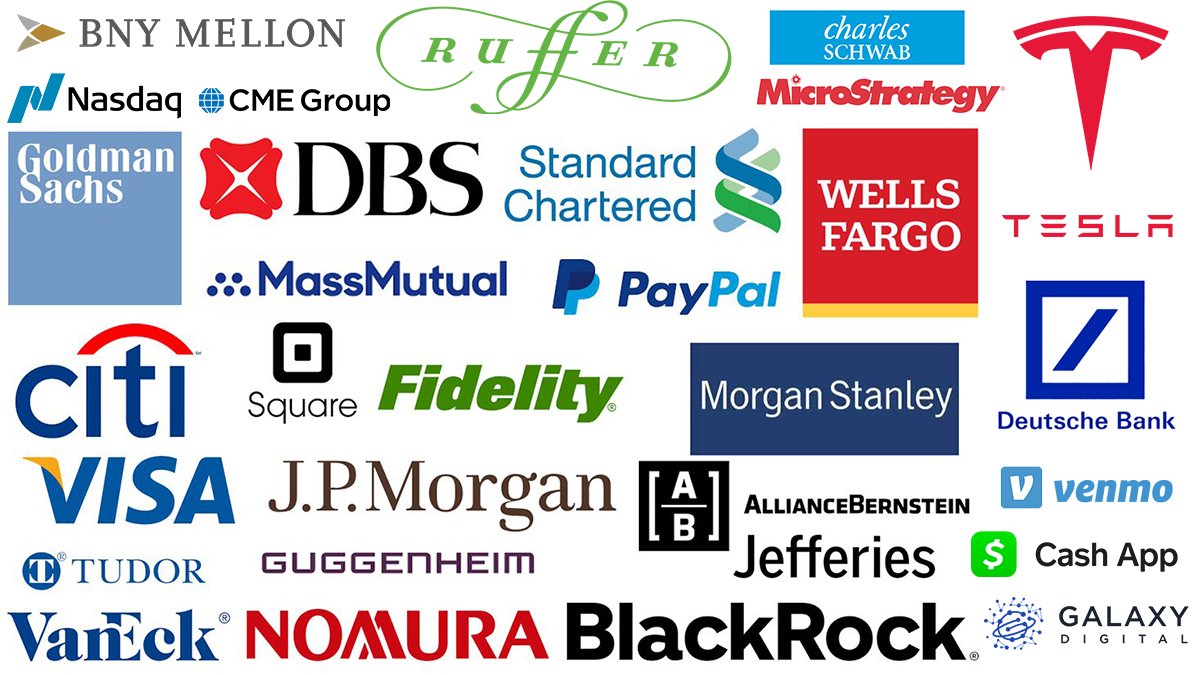 If your competitors are plugging in and offering customers something you’re not, a rational business follows suit to retain customers before you lose them. FMT believes Bitcoin is just getting started for those with a 5+ year view.

Should the economy just muddle along, dominant growth companies should continue to do stellar. However, if the Federal Reserve does resort to YCC, growth companies will likely end up in the largest bubble ever.

If the Fed doesn’t act on YCC until they cry uncle (because of the damage rising rates would cause), value stocks will outperform growth until YCC transpires and value will help buffer the volatility in growth in the meantime (as value has been doing).

FMT owns a mix of both dominant growth companies and stellar value propositions.

Instead of using things like exponential moving averages for options and hedges, FMT may start putting options on for safety when the echo chambers become intolerable.

FMT has been successful as a sure-fire work-horse in an economy experiencing rapid change. While we don’t bother you with noise, we do try to bring signal when we can.

With our recent audit out of the way, FMT will hopefully have more time to bring you specific portfolio signals.

Please continue to tell your family, colleagues, and friends about FMT.