Why FMT Likes the Oil and Natural Gas Industry 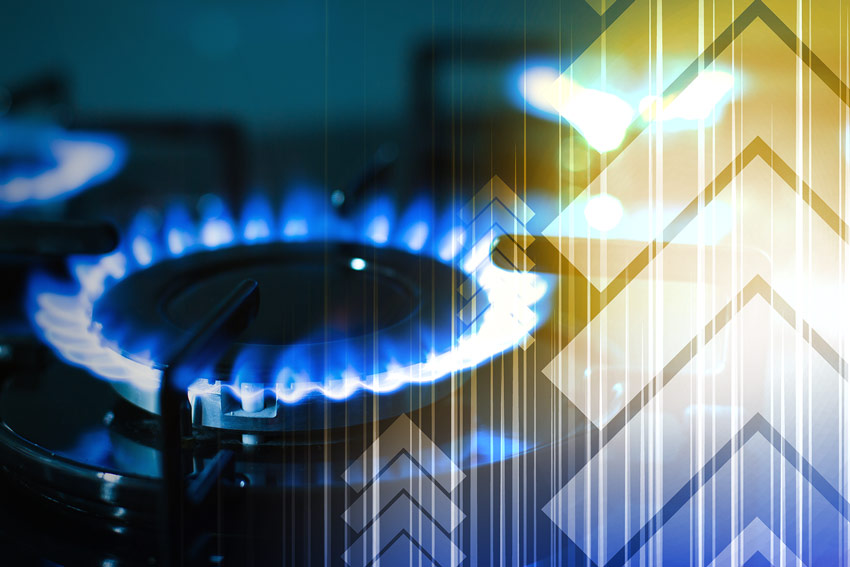 The adage that “there is nothing to fear but fear itself” is apropos for investors in the energy markets.

According to FMT’s research, there are extraordinary investment opportunities in the natural resource space, and anyone trying to time the next recession or downturn in key commodity producers is likely making a futile mistake based on fundamentals.

Peter Lynch is well-known for saying that “more money has been lost by trying to avoid the next downturn than has been lost in the downturns themselves.”

The following is a Venn diagram of a company’s free cash flow levels in our portfolio and at what levels they would be with a range of spot prices on the low end and higher side:

On the lowest side of the diagram ($3 natural gas and $40 WTI prices), our company that has shareholder equity of $2 billion would earn a fully taxed return on net tangible equity capital close to 15%.

With a 15% return on equity even on the lowest side of the earnings quadrant, investors are getting a bargain even if the Federal Reserve can get to a terminal funds rate of 4.6% and stay there.

Since we own the company well below our conservative estimates of intrinsic value, our returns should be quite favorable over time, even in a draconian downside scenario for oil and natural gas spot prices (which would surely be temporary given supply/demand tightness. More on this shortly).

What skittish or casual observers assuredly don’t understand are the economics of oil and natural gas producers and how they relate to spot prices, which are not nearly as correlated as one might think.

For example, I’ve heard a few people wondering why oil and gas producers are holding up so well even though spot prices have come down. In just a few words, it’s because the returns on net tangible equity that these companies currently earn are not only remaining high despite falling spot prices, but their internal economic returns are more likely to remain high because of the macro uncertainty.

If they continue to hold back spending because of uncertainty and lower spot prices, their net income stays extremely high (possibly higher) as cash depreciation charges remain much lower, offsetting falling spot prices to a large degree (within reasonable bands as the Venn diagram demonstrates).

As an example, Exxon Mobil just had the best quarter in over its 152-year history.

The other missing factor that most people don’t understand is that there are very long returns on capital trends in the oil and natural gas industry that generally last 10+ years. The down economic cycles in the industry happen after long and feverish capex spending cycles and the up cycles occur after long periods of reductions in capital spending.

Because we are at the latter stage with a dearth of capital spending, we are very likely at the very beginning stages of a long-term up-cycle for oil and gas producers based on these fundamental factors.

Right now, for example, WTI oil spot prices are 10%+ lower than they were a decade ago while production levels are barely higher, yet oil and gas producers have higher returns on net-tangible equity than they did back then, generally in the mid-20% range.

This is because the oil and natural gas sector is coming off a decade-long recession during which time they’ve been battening down the hatches, getting leaner, and reducing capex growth in a big way, ultimately increasing spot prices and profitability.

As I mentioned in my last video presentation that is posted on the Website, worldwide capex spending in oil and natural gas has declined from $700 billion in 2014 to maintain and grow production to a mere $300 billion today. There is little wonder why the world is in the middle of an energy crisis that is bound to get worse.

On a more micro level, the blue-chip operator Chevron is a good example. They have had an 80% reduction in capital spending over the last decade while their production volumes have nearly flatlined, yet their returns on equity have never been better.

It is going to take years to get capex spending levels high enough to meet worldwide demand and build reserves up again, and it will take higher sustaining spot prices to clear the way for it.

These dynamics make oil and natural gas a shrewd place to be for our money as we trend in a long-term capex up-cycle. Any temporary swoons in spot prices should not last. Even if they do in the meantime, the oil and natural gas producers will continue to average extraordinarily high returns on net tangible equity.

Given the low valuations, good internal economics, and the beginning of a long-term trend, these characteristics are probably why Buffett has put more money to work in oil and natural gas than he has in anything else besides Apple in over a decade.

There are also roadblocks for producers to increase production in a big way even if they wanted to do so. For example, oil field service companies have also been cutting back on investments in new oil field infrastructure for nearly a decade now. Without a ramp there (which takes a lot of time to manufacture infrastructure and the confidence to do so), you cannot get a big ramp in production from the producers without the necessary oil field services to increase it.

There is also intense pressure from shareholders for a return of capital (dividends, share buybacks, and debt paydown) because of some of the undisciplined spending that took place during the fracking boom over a decade ago.

Energy companies also have hurdles for investments based on the backlash and lawsuits from environmentalists that often-put projects on hold for years, along with our energy policies being run by trust-fund kids at major colleges and an anti-fossil fuel administration.

As these dynamics play out, we have record-low inventories of diesel and oil, which could cause significant supply chain inflation.

FMT believes a weighting toward oil and natural gas is paramount for potential wealth protection.

While a recession could certainly be around the corner, it is not something to fear itself since recessions are already built into industry models. In fact, a recession will only extend and stall an up-cycle in capex spending and extend the mouth watering returns on net tangible equity in the oil and gas industry.

The rewards far outweigh the risks and are simply too enormous to ignore for the few real analysts and investors left in the indexed and TikTok markets.

I believe it’s true that “we have nothing to fear but fear itself” in the oil and natural gas industry.